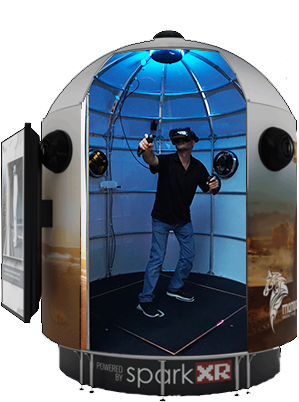 This game not only stands as an amazing experience, it also encourages tourism towards its featured destination and provides insight into the region's rich cultural history.

Alula Adventures launched in 2021 as the first game to make use of SparkXR's sensory VR pod. The game was built alongside the hardware and is a great testament to what is achievable in the pods. Click the links below to check out the project and the companies behind it.